The Republic of Haiti is situated on the western one-third of the island of Hispaniola (the Dominican Republic forms the eastern two-thirds of the island). Haiti is a former French colony. At about the size of Maryland (27750 km2), it is the third largest country in the Caribbean, with a population of approximately 9.6 million. (The World Bank, 2010) Mountains cover over three quarters of Haiti. (UNEP, 2010) Haiti is the poorest country in the Western hemisphere and one of the poorest in the world. About 78% of the population live on less than US$2 a day. In 2010 the country’s GDP per capita was US$671, with high needs in the services sector. Inequality is more pronounced in Haiti compared to other countries in the region. (The World Bank, 2012) Haiti suffers from widespread unemployment. (United Nations, 2010). In 2011 the United Nations reported: “Before the earthquake, over 70% of the population did not have a steady job. Formal employment represented only 5.1% of available jobs, and the unemployment rate was 40.6%—affecting 1.8 million people.” (United Nation, 2011).”

Port-au-Prince is the capital city of Haiti and held a population of two million. The city is a victim of the rapid growth of the Haitian population. The growing population combined with deep poverty is the driving force behind the country’s vulnerability. (USAID, 2007) Port-au Prince is particularly known for its poignant inequality; the wealthiest Haitians live on the hillside above the city where the vast majority of the poorer citizens lives. The city’s commercial urban center represents a small fraction of the community. The vast majority of the population lives in the surrounding slums. None of these slums have basic services and sanitation remains a challenge (e.g., clean water and sanitation). The 2010 earthquake literally devastated the community due to poor housing and extreme poverty. Ten of thousands of people have died as a result of the earthquake.

The demography of the town of Cornillon (Lafuite) was estimated at 54,254 habitants and the average density is approximately 223.24 inhabitants per km inhabitants according to the 2009 census. The Forest area (% of land area) in Haiti was last reported at 3.66 in 2010, according to a World Bank report published in 2012. The people of its districts live on agriculture, especially growing peas and corn. However, agriculture in the region does not meet the nutritional needs of the population. Hunger and malnutrition are common in the area. Cornillon (Lafuite) is isolated from the rest of the country and suffer from lacking the minimal services. No road linked the town to the closest city, people walk for hours every day to go to their activities. Because the area is very mountainous, population movement is challenging, which affect all aspects of livelihood. The churches provide education to the poor families in the community who live in precarious conditions. The majority of the population does not reach first grade. Regarding health care, the population has been very vulnerable since access to a hospital is six hours away. The passage of cholera in Haiti has caused many deaths in the region due to lack of a health care professional.

Jacmel (Kréyòl: Jakmèl) is a city in southeast Haiti, on the Caribbean coast, at the mouth of the river Grande Rivière de Jacmel. It is the capital city of the Sud-Est Department. The city is in the Baie de Jacmel about 86 km south of the Haitian capital Port-au-Prince. It is also the chief town of an arrondissement (a part of a department) with the same name. The arrondissement has four municipalities: Jacmel, Cayes-Jacmel, La Vallée and Marigot. " (Wikipedia, 2010) 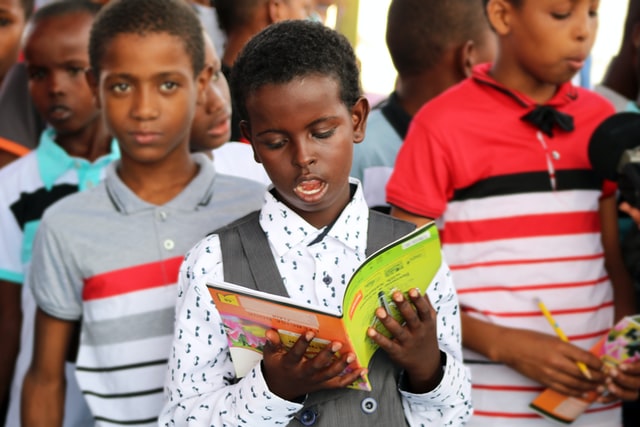 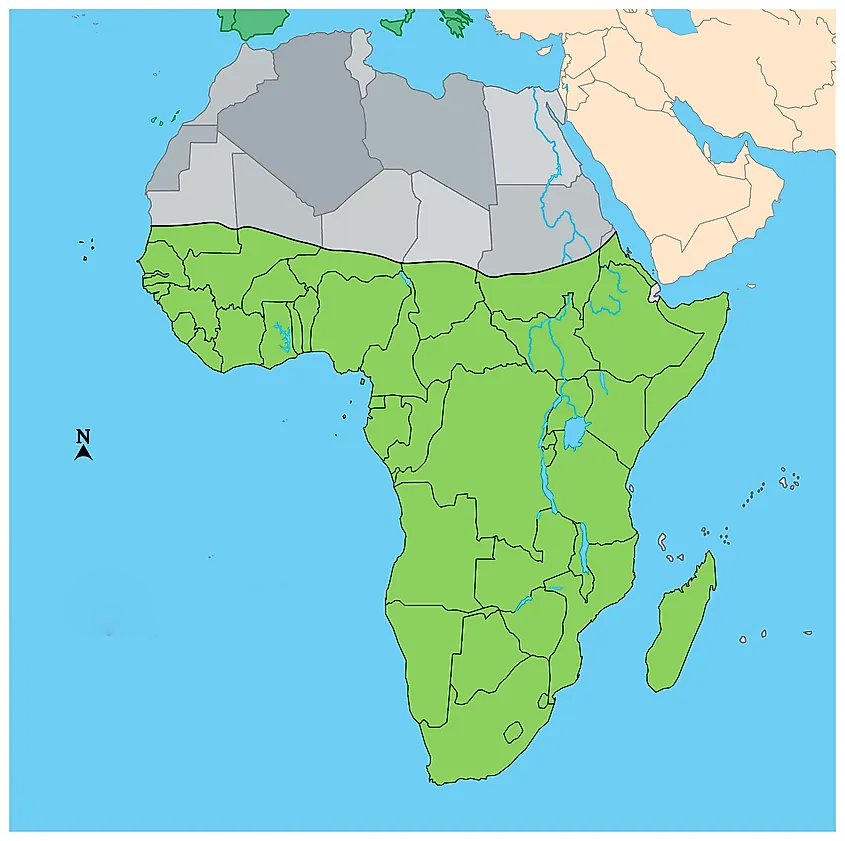 Sub-Saharan Africa is, geographically, the area of the continent of Africa that lies south of the Sahara. According to the United Nations, it consists of all African countries and territories that are fully or partially south of the Sahara. The population of sub-Saharan Africa is growing and according to Global Trends in 2019 the population was 1.1 billion. 1,038,627,178 (2018), with over 1,000 languages. Religions: Christianity (62.9%); Islam (30.2%); Traditional faiths (3.3%); Unaffiliated (3.2%); Others (0.4%) (Source: Wikipedia https://en.wikipedia.org/wiki/Sub-Saharan_Africa). Expanding opportunities for education, especially in rural areas, is crucial to the future growth of sub-Saharan Africa. Those nations that have invested heavily in education and have higher rates of literacy are better poised to participate in the global economy. Many of the economies of the region are dependent on subsistence agriculture and the export of natural resources, both cash crops such as coffee and cocoa, and metals. The political and legal environments influence the level of foreign investment. (Source: New World Encyclopedia https://www.newworldencyclopedia.org/entry/Sub-Saharan_Africa)

The Republic of Benin is a sliver of a country in West Africa, the shape of which has been compared to a raised arm and fist or to a flaming torch. It has a small coastline to the south on the Bight of Benin. (A bight is a bay formed by a coastal bend.) The Bight of Benin is an extension of the Gulf of Guinea, which is an arm of the Atlantic Ocean. The economy of Benin remains underdeveloped and dependent on agriculture, which engages about half the country's population and exists mainly at the subsistence level. Much of the manufacturing is likewise devoted to agricultural implements. Cotton, cocoa, and palm oil are the main commercial crops and exports, palm tree plantations having supplanted the natural coastal forests more than a century ago. (Source: New World Encyclopedia https://www.newworldencyclopedia.org/entry/Republic_of_Benin) Cotonou is the economic center of Benin. Its official population count was 761,137 inhabitants in 2006; however, some estimates indicate its population to be as high as 2.4 million. The urban area continues to expand, notably toward the west. The city lies in the southeast of the country, between the Atlantic Ocean and Lake Nokoué. In addition to being Benin's largest city, it is the seat of government, although Porto-Novo is the official capital. (Source: Wikipedia https://en.wikipedia.org/wiki/Cotonou) 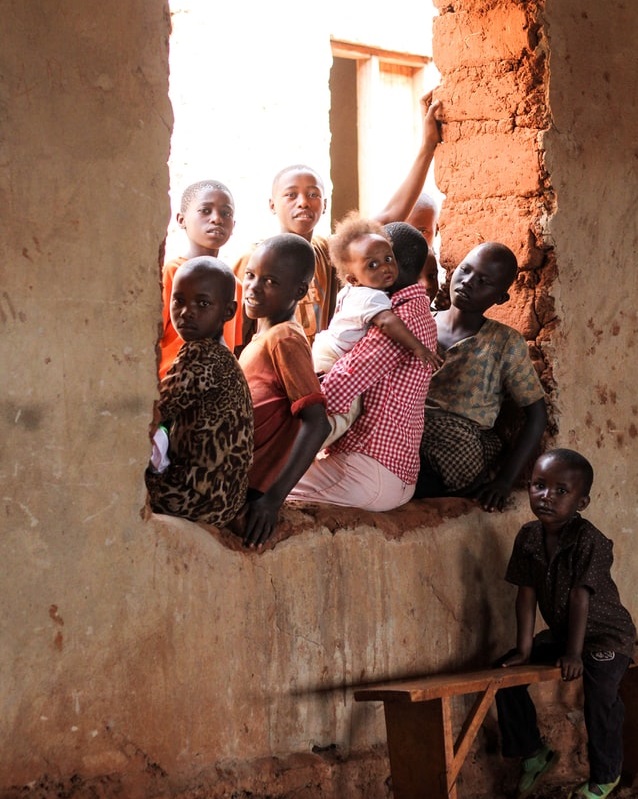 The Republic of Cameroon is a "hinge" state bridging central and western Africa. It is triangular in shape, bordered by the Atlantic Ocean to the southwest, Gabon and Equatorial Guinea to the south, Democratic Republic of the Congo to the southeast, the Central African Republic to the east, Chad to the northeast, and Nigeria to the northwest. Cameroon is home to over 250 ethnic and linguistic groups, with the cultures of both the central and western regions mingling. Though its diverse population is among the most urban in western Africa, large numbers of Cameroonians live in poverty as subsistence farmers. 2005 estimates place Cameroon's population at 17,795,000, an estimated 41.2 percent of whom are under 15. The life expectancy is 51.16 years (50.98 years for males and 51.34 years for females). Cameroon's population is almost evenly divided between urban and rural dwellers. Most children have access to free, state-run schools or subsidized, private, and religious facilities. The educational system is a mixture of British and French precedents, with most instruction in English or French. Cameroon has one of the highest school attendance rates in Africa. The quality of health care is generally low. Outside the major cities, facilities are often poorly equipped. Endemic diseases include dengue fever, philariasis, leishmaniasis, malaria, meningitis, schistosomiasis, and sleeping sickness. The HIV/AIDS rate is estimated at 5.4 percent for those aged 15–49, although a strong stigma against the illness keeps the number of reported cases artificially low. Traditional healers remain a popular alternative to Western medicine. (Source: New World Encyclopedia https://www.newworldencyclopedia.org/entry/Cameroon) Yaoundé is the capital of Cameroon and, with a population of more than 2.8 million, the second-largest city in the country after the port city Douala. It lies in the Centre Region of the nation at an elevation of about 750 metres (2,500 ft) above sea level. (Source: Wikipedia https://en.wikipedia.org/wiki/Yaound%C3%A9)

Feel free to reach us anytime and we will reply as soon as possible.